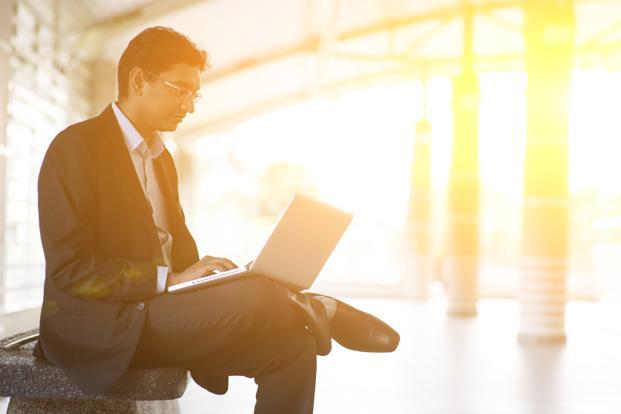 You don’t own your message

The internet is an interconnected network. This is a truism, but many companies have not internalized it. They sit at one end of marketing channels, seeing themselves as beacons of clarity, sending one-way communications to an attentive and passive audience. If they zoomed out for a wider view, they would see themselves as merely one tiny node on a vast network of organizations and individuals, with incessant chatter moving in every direction.

With the benefit of humility borne from perspective, they may realize that the days of controlled messaging to their customers and prospects are over. Brand and product perceptions today are shaped through multitudes of conversations, fighting with each other to rise above the noise.

With detailed information, analysis and sharing at, quite literally, their fingertips, today’s consumers are influenced far more by community than company messages. In this new state of cacophony, companies are better off persuading others to spread a less controlled, yet potentially more viral and impactful message.

For a new business, whether a start-up or within a larger organization, begin with those customers and partners who are most likely to talk passionately about your product or service—your early adopters. They will overlook flaws, engage with the product actively and, if it solves a key problem for them, share their enthusiasm with others. Their feedback allows you to improve the product to the point where it is ready for a larger, less forgiving customer base.

Uber successfully executed this approach in its early days by giving out free rides at the SXSW conference in Austin, Texas (as described in Growth Hacker Marketing by Ryan Holiday). Its early adopter audience, of young, tech-savvy, smartphone addicts, was there in droves with a clear need: finding a scarce ride to and from a crowded conference. Their excitement about this novel use of smartphone technology, and a sense that they were onto a cool new secret that they must share, far outweighed early kinks in the service, and helped spread the word about Uber to a larger customer base.

Your product is the key line item in your marketing plan

When file storage and sharing service Dropbox was still a young company, it faced a marketing dilemma. After an initial burst of success with early adopters, it needed a new engine of growth. Dropbox tried paid advertising, but the cost to acquire each new user was well in excess of $200. After months of struggle, the team solved the problem by building marketing into the product.

Dropbox added a “Get free space” button on their product, giving users 500MB of free storage for every friend they convinced to sign up to Dropbox. As a result, growth shot up dramatically at low cost, and in the process, the service became more useful for its users. Not only did this magic button open the door to more storage for the referrer, it also welcomed friends and colleagues—the referrer’s most likely collaborators in file sharing—onto the service, further reinforcing the value of Dropbox.

Some will argue this is product development, not marketing. In reality, this type of customer insight based product evolution is exactly in the purview of strategic marketing. But leaving nomenclature aside, if as a marketer, you rein in spending while acquiring new customers, and retain a higher proportion of existing users, you would have done more than just your job. You would be a hero, who wouldn’t need the vanity of a large marketing budget to justify your existence.

As with any human activity, the conventions of business too have rested on available technologies. Barter was the means of exchanging value, until currencies were invented. Readers did not have much of a voice in newspapers, because the technology of print does not allow it. And products were conceived and built independent of how they were marketed and sold, until the internet permitted a different approach.

This new, multi-nodal world is more free-flowing and less controllable. But it offers the opportunity for greater return on your efforts, at a lower cost and reduced risk, should you be clever about harnessing it.

Think of the internet as your giant laboratory—to hypothesize, validate, change direction and generate revenue while you build and evolve your product. Think of it as a giant game of Chinese whispers, where your message travels farther and with greater influence, if you build marketing into your product, and are clever about recruiting and motivating your early adopters.